Sustained Support: Bereavement Volunteers Give Back 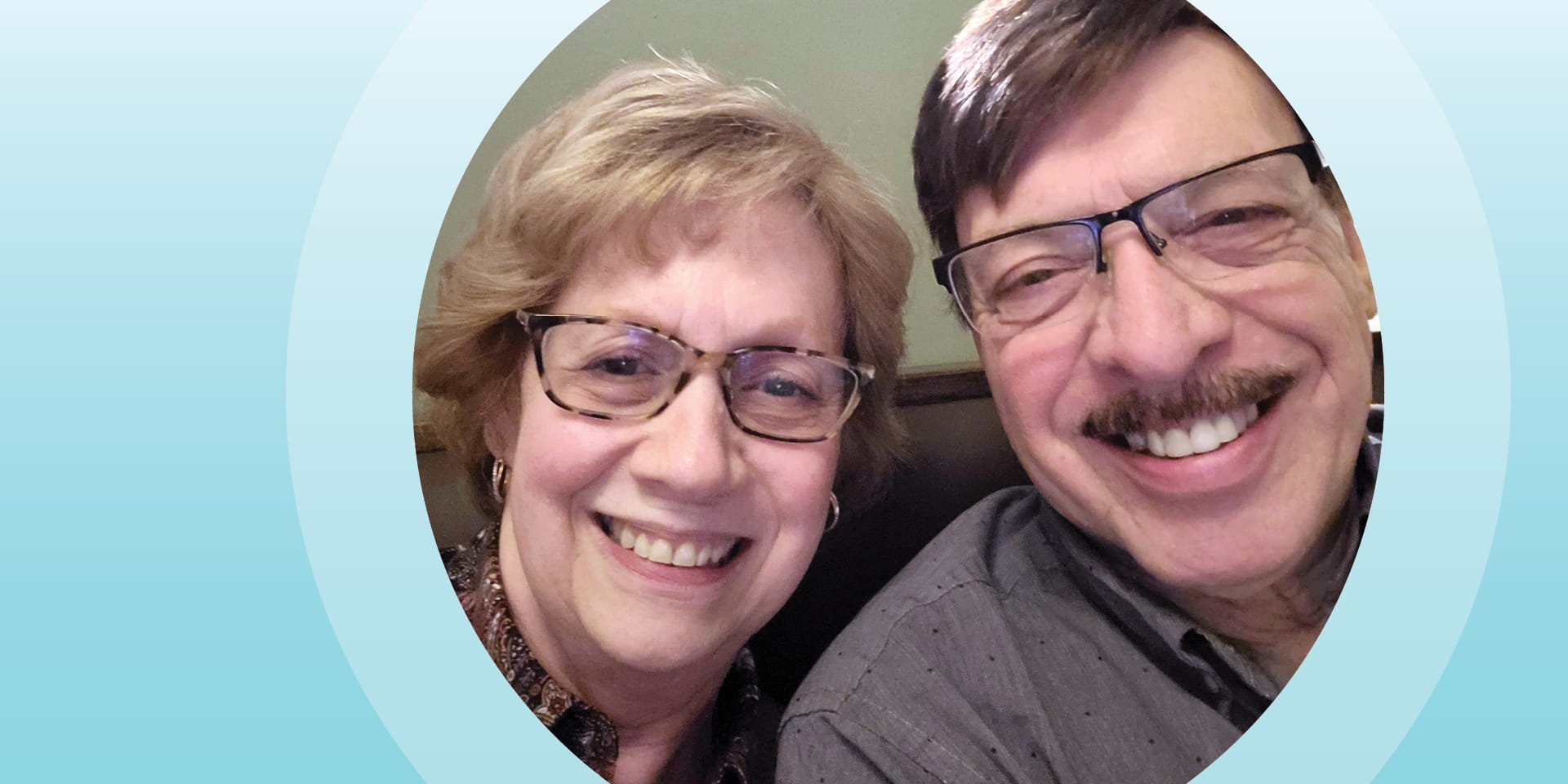 Photo: Gwynneth Walton and Tony Marinelli (above) are dedicated volunteers and leaders in the Bereavement program.

After suffering the loss of a spouse or a family member, the emotional pain can be overwhelming and lasting. Connection to others can be the key when processing such a profound loss.

Tony Marinelli has been there. Sadly, he lost his son in 2008, and in 2015, he lost his wife. He was devastated when his wife passed as they were able to support each other through the loss of their son. “After I lost my wife, I didn’t have anybody to fall back on for support,” he says.

While caring for his wife at the end of her life, he met Celia Blum, MSW, LSW, Doylestown Health Hospice Bereavement coordinator. She encouraged him to join our Bereavement program when the time was right. Celia told Tony that the program can help ease the transition to this new chapter of life by providing regular support and connection to others.

Tony was reluctant. “I didn’t think it was going to help me,” he explains. “But I joined a support group. After two or three months, I saw that it was helping — meeting people who were going through the same things as me and talking about it,” he explains.

As Tony learned after getting involved with the Bereavement program, he is far from alone. Individuals who enter our program tend to stick around and stay involved. That’s because a vibrant community is open to them — currently about 400 members strong. And the numbers keep growing.

To help with healing, there are not just webinars and support groups available, but also optional social activities like dinners, breakfasts, picnics, concerts, movie nights, and even a book club.

“We have one of the broadest programs in the tri-county area — in terms of what we do and the amount of contact we have with the bereaved,” says Celia.

Seven years after Tony’s first Bereavement support group meeting, he’s still involved. But now it’s as a volunteer, which he does on a regular basis — committing hundreds of hours per year. “I wanted to give back and have more things to do with the group,” he says.

Working with Celia when he first started volunteering, Tony took over regularly emailing announcements, managing the large database, and organizing events with small groups that eventually grew in size. He also leads a monthly men’s group where a dozen or more members will get together at a local eatery to chat about a variety of topics.

Volunteers like Tony are the backbone of the Bereavement program, according to Celia. “None of this would be possible without them,” she adds.

Some of the ways volunteers help by assisting with mailings of bereavement packets and letters, as well as writing sympathy cards and personal notes to the newly bereaved, according to Carmen Iampietro, Hospice volunteer coordinator. Many of these personal notes are repeated throughout the year to each family.

“Our volunteers as a whole are a very extraordinary group. They set a personal goal to achieve and step up to contribute with any other urgent needs… They truly shine,” Carmen says. “They give us 100% daily.”

Betsy Moore is one of those dedicated volunteers who leads the note-writing effort. “When you write these letters, it’s really a peaceful thing to do — to sit down with your thoughts,” she explains. “We let the bereaved know they’re not alone and if they need help to call us at different times throughout the year.”

Some volunteers are charged with calling the bereaved to check in on them. “When I first started volunteering, I made phone calls with Tony... And I found it to be a calling for me,” says Gwynneth Walton. “I’ve done a lot of volunteering in my community, but there was not a group that gave me as much satisfaction and joy as this group does.”

Arlene Shevchik knows how important those calls are from her own experience. She was once newly bereaved receiving the calls, but now is a volunteer who’s been with the program for 13 years. “You don’t stop grieving,” she says. “I found this bereavement group was like a godsend to me. We could sit and talk about our spouses. And I got such great advice. It was just nice having someone to talk to who understood. That’s why I wanted to help out making phone calls — I know what it’s like.”

Celia adds that making phone calls is serious work. “Volunteers really have to listen and be attuned to what the bereaved is saying. It’s not just picking up the phone and making the call. They really have to care,” she says. “And they do.”

While many Bereavement volunteers have lost a spouse, some who donate their time have lost other family members. Marcia Philipson’s mother was on Hospice about 20 years ago and was lovingly treated by Hospice workers and volunteers. It left an impression on her, so Marcia decided to volunteer with our Hospice program and our Bereavement program. She also makes the phone calls at three-month and one-year intervals to the same individuals. Her reason for being involved, Marcia says, “I can, so I should. That’s how I look at it.”

Charlotte Poiron agrees. She lost her husband in 2019 and stumbled upon the Bereavement group when she attended one of the webinars. “I’ll never forget Celia saying, ‘This is a group you never want to be a part of but here you are.’ At the time, I just wanted to figure out how to breathe again,” Charlotte says. “I have a great family and support system but this group has become another level of support to me. I’ve formed friendships and that has led me to becoming a volunteer. I’m a big believer in giving back.... Nothing to me is more important, aside from close relationships, than helping.”

Charlotte adds that the fact that she’s ready to volunteer (she’s almost completed her training) is a gauge for how much she’s grown. She summed it up, “When I could barely put one foot in front of the other, I never expected that I could become involved and help other people from my experience. And here I am.”

Important note: If you’re interested in volunteering with the Bereavement program and you’ve recently lost someone, it’s required to wait a year after the loss and then undergo volunteer training through Doylestown Hospital as well as obtain security clearances.

Facts About Hospice Care: What to Know

Considering hospice care for a loved one can feel daunting. Empower yourself with knowledge and learn all that Doylestown Health Hospice can provide.
Read More