Catching Up With the Holiday Triplets 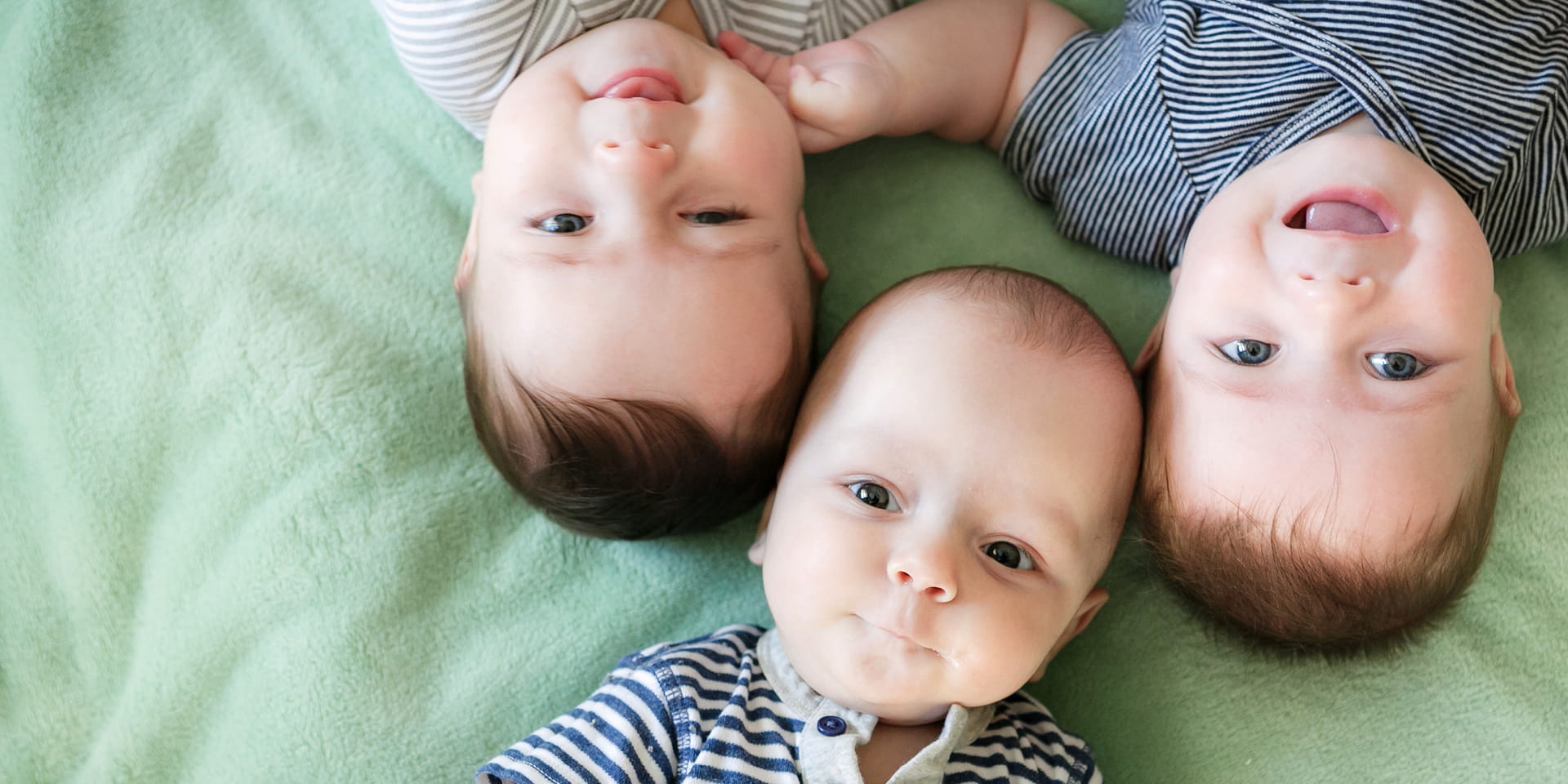 Over the past 10 years, Doylestown Hospital has delivered an average of 23 sets of twins annually — yet in all that time, just four sets of triplets! Amazingly, three of those four sets were born in the same year.

2014 was a bonanza year. With the first round of triplets still in the Intensive Care Nursery (ICN), two more families welcomed triplets during the winter holiday week. “This was very unusual for us as a community hospital to have three sets of triplets in the same year,” says Kathy Donahue, the then director of Maternal-Child Services.

“I think the families really appreciated being closer to home, as opposed to having to drive into Philadelphia to see their babies,” she notes. “The two December triplet families bonded and supported each other, as well.”

These healthy, successful births over the holidays made news in the Intelligencer back in early 2015. Doylestown Health takes a look back now at how the hospital accommodated all of these babies and checks in with how the families are today as the children come up on their seventh birthdays.

Both Tanya Berman and Terri Thompson were due within a week of each other in late February 2015. They were both already mothers to a 2 ½-year-old and a 3-year-old, respectively. “Carrying triplets was definitely very different from carrying my singleton,” says Terri. “One of them always seemed to be awake! I joke that my belly looked like three cats fighting in a pillowcase!”

Tanya concurs, recalling that her three would often be active at once, so she would feel kicking from all sides.

The labor and delivery team at Doylestown Hospital held organizational meetings to make sure that they would have all of the equipment and staff ready to deliver Terri’s and Tanya’s newborns safely. Pauline Canelli, the clinical manager of Maternal and Child Services details the staff needed for an average delivery of triplets by C-section:

“There would be two physicians, a surgical scrub tech and a circulating nurse for the mother. Each baby would have his or her own physician and nurse. Then we have a team of two anesthesiologists and possibly a respiratory therapy team.” Pauline estimates that there could be 13-14 people in the room.

“And factor in that most likely the babies will be born prematurely and need to be in the ICN,” she adds, “So staffing for the ICN has to be pre-planned as well.”

The hospital created an on-call schedule for the intensive care nurses, neonatologists and pediatric hospitalists to ensure that they would have all of the support needed.

And Terri and Tanya did go early. Terri had her babies on December 27, 2014, and four days later, Tanya delivered her little ones. “Delivering at Doylestown Hospital was a wonderful experience!” says Terri. “Dr. Dinesen and the entire staff were amazing! Everyone was so knowledgeable and caring.”

Tanya marvels that it took a total of one minute for all of her babies to be delivered. “The experience delivering was fabulous. Dr. Dinesen was an incredibly caring doctor and made sure everything ran smoothly.”

The babies were placed in the ICN, which provides specialized care for premature infants. “Each baby team was labeled ‘A’, ‘B’ or ‘C’ and the warmer beds were labeled so there would be no confusion,” Kathy Donahue explains.

As Kathy waved to the last baby going home, she felt proud of her staff and honored to be a part of each of the births. “Watching a new family evolve is so special,” she says. “It is also wonderful to watch them go home feeling that they made it through the ICN stay and can handle whatever comes next with all of those babies!”

Tanya remembers trying to stay organized and sane once all of her newborns were at home. “Everything was done in triplicate — bottles, diapers, baths — and each baby was assigned a color to keep track of their accessories.”

Terri and Tanya were both grateful for the advice from the ICN nurses to keep the babies on regular feeding schedules. “Without a strict schedule, we would not have survived,” says Tanya.

Terri affirms, “It helped us settle into a great routine pretty quickly. By four months, they were sleeping through the night!”

Not long after their triplets were born, the Thompson family outgrew their home and had to move to a bigger house. Both moms returned to work after their maternity leaves. Terri and her husband Scott are schoolteachers. Tanya is a pharmacist, and her husband Jeffrey is in IT. The families became expert team players and jugglers. “The game changer,” says Tanya, “Is when the kids were able to dress themselves completely and become more independent.”

Terri stays involved with the ICN advisory board and has worked on the Superhero Project that helped put cameras in the ICN. This Angel Eye camera system provides a live feed from baby’s bedside even when parents, family and friends cannot be present.

The triplets have passed another milestone: starting first grade! And for the first time, they have been split up into different classrooms. The moms say their kids are thriving and developing their own interests, strengths and friends.

“It is hard keeping up with three different schedules,” says Tanya, “And trying to remember who has library to return books or gym to make sure they’re wearing their sneakers, but we do our best.”

Terri adds, “Each day is definitely a new adventure!”

Wishing Aiden, Cole and Allison Thompson and Asher, Ezra and Ridley Berman a very happy seventh birthday. And hats off to their inspiring parents who’ve been up for the adventure!

About Doylestown Health's VIA Maternity Center

Doylestown Health's VIA Maternity Center is rated among the best in the region for maternity care with services available for every stage of pregnancy through the birth experience. The VIA Maternity Center features a 32-bed maternity unit that includes 9 labor, delivery & recovery rooms, 22 private post-partum rooms, and a Level II NICU staffed by CHOP neonatologists.