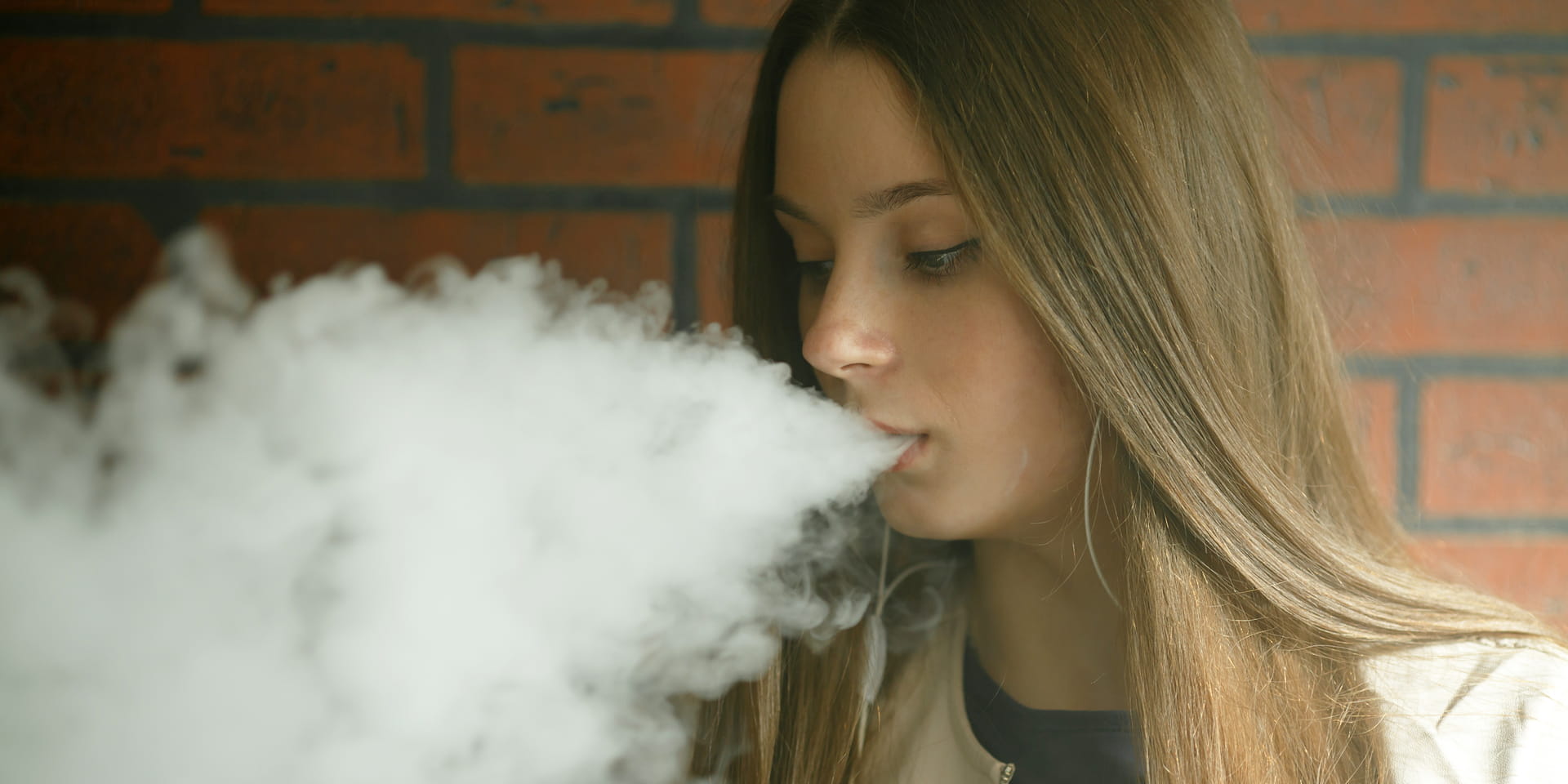 The sixth season of Health Matters with Doylestown Health starts with a topic that is much in the news and on the minds of parents – vaping.

Doylestown Health pulmonologist Kathy Tran Gast, DO answers questions created by Central Bucks South media students on the subject of vaping. The students were curious about the health effects of vaping and its popularity.

Dr. Tran Gast is board certified in Pulmonary Disease, Critical Care and Internal Medicine and will soon be certified in Sleep Medicine as well. She is a member of the Doylestown Hospital Medical Staff and practices with Bucks County Medical Associates in Doylestown.

Vaping is the inhaling of a vapor created by an electronic cigarette (e-cigarette) or other vaping device. E-cigarettes are electronic devices that heat a liquid and produce an aerosol, or mix of small particles in the air.

E-cigarettes come in many shapes and sizes, according to the Centers for Disease Control and Prevention (CDC). Most have a battery, a heating element, and a place to hold a liquid. E-cigarettes produce an aerosol by heating a liquid that usually contains nicotine, flavorings, and other chemicals. Users inhale e-cigarette aerosol into their lungs. People nearby can also breathe in this aerosol when the user exhales it into the air.

E-cigarettes are known by many different names. They are sometimes called "e-cigs," "e-hookahs," "mods," "vape pens," "vapes," "tank systems," and "electronic nicotine delivery systems (ENDS)." Using an e-cigarette is sometimes called "vaping" or "JUULing." JUUL is a brand of e-cigarette that is shaped like a USB flash drive.

As opposed to the original single-use vaping devices, today's vape pens are smaller, sometimes mimic common office supplies, can have batteries and be rechargeable. They contain flavorings from mint to candy to buttered popcorn or cake. Some e-cigarettes look like regular cigarettes, cigars, or pipes. Some look like USB flash drives, pens, and other everyday items like lipstick.

They are disguisable and often hard to spot.

"They have evolved over the last 20 years or so, and now they literally could hide in plain sight," notes Dr. Tran Gast. "It's actually quite frightening that they look like typical office supplies."

The Popularity of Vaping

"I think it's marketing, and social media is a big thing with young teens and young adults," said Dr. Tran Gast. "They were marketing to the young crowd knowing they love things on social media."

In addition to marketing and promoting vaping as ‘safe,' manufacturers introduced all kinds of new flavors and it was sometimes promoted by celebrities. Vaping products are widely available online and in stores.

The vapor usually contains nicotine (the addictive drug in tobacco), flavoring, and other chemicals. E-cigarettes can also be used with marijuana, hash oil, or other substances.

All JUUL pods contain some nicotine—something many youths don't realize. According to the manufacturer, one JUUL pod may contain as much nicotine as a pack of cigarettes.

Teens actually have a term for this – "nic sick."

Nicotine is addictive and is well-known to have caused issues with teenagers' developing brains.

When asked about the long-term health effects of vaping, Dr. Tran Gast responded, "The scary thing is we actually don't know."

Vaping has become so prevalent over the last 10 years, and while the CDC is working on this research, it hasn't really come out with much about the long-term effects just yet, notes Dr. Tran Gast.

So, what's in these vaping products? Active ingredients are nicotine or THC (marijuana), synthetic chemicals and there have been reports of certain metals and arsenic.

"It's just not regulated in a way that we know of," said Dr. Tran Gast. "These substances could be laced with almost anything. They're just not FDA approved so we have no idea what's in them."

According to the CDC, thirty-seven deaths have been confirmed in 24 states (as of October 29, 2019) and more than 1,000 related injuries reported.

"Our lungs are not meant to inhale liquids," said Dr. Tran Gast. "I think young adults have no idea what they're ingesting. In fact, it's marketed as safe. There's just no regulation of what's in there or the level of nicotine or THC."

"Choosing not to do it in the first place is the best option," said Dr. Tran Gast.

Trying to come off of vaping in general, there's not really much out there to help reduce use, she added. Talk to your doctor about alternative nicotine-replacement therapies and trying to wean off the use of vaping devices.

Vaping can lead to smoking cigarettes. Teens and young adults who vape are almost four times as likely as their non-vaping peers to begin smoking traditional cigarettes, according to a review in JAMA Pediatrics.

The bottom line is that vaping is not safe. The Surgeon General reports e-cigarette use among youth is a significant public health concern. There is lots of information online, or you can talk to your doctor to learn more.

Doylestown Health is an independent, not-for-profit, clinically integrated network of care committed to providing family-centered children’s services for the youngest members of our community. Our Della Penna Pediatrics along with our VIA Maternity Center offer maternity care, labor and delivery, neonatology, and perinatology services. We also have broad capabilities in pediatric diagnostic testing, and deliver comprehensive pediatric care throughout our outpatient practices, our Emergency Department at Doylestown Hospital, and Urgent Care on Swamp Road.