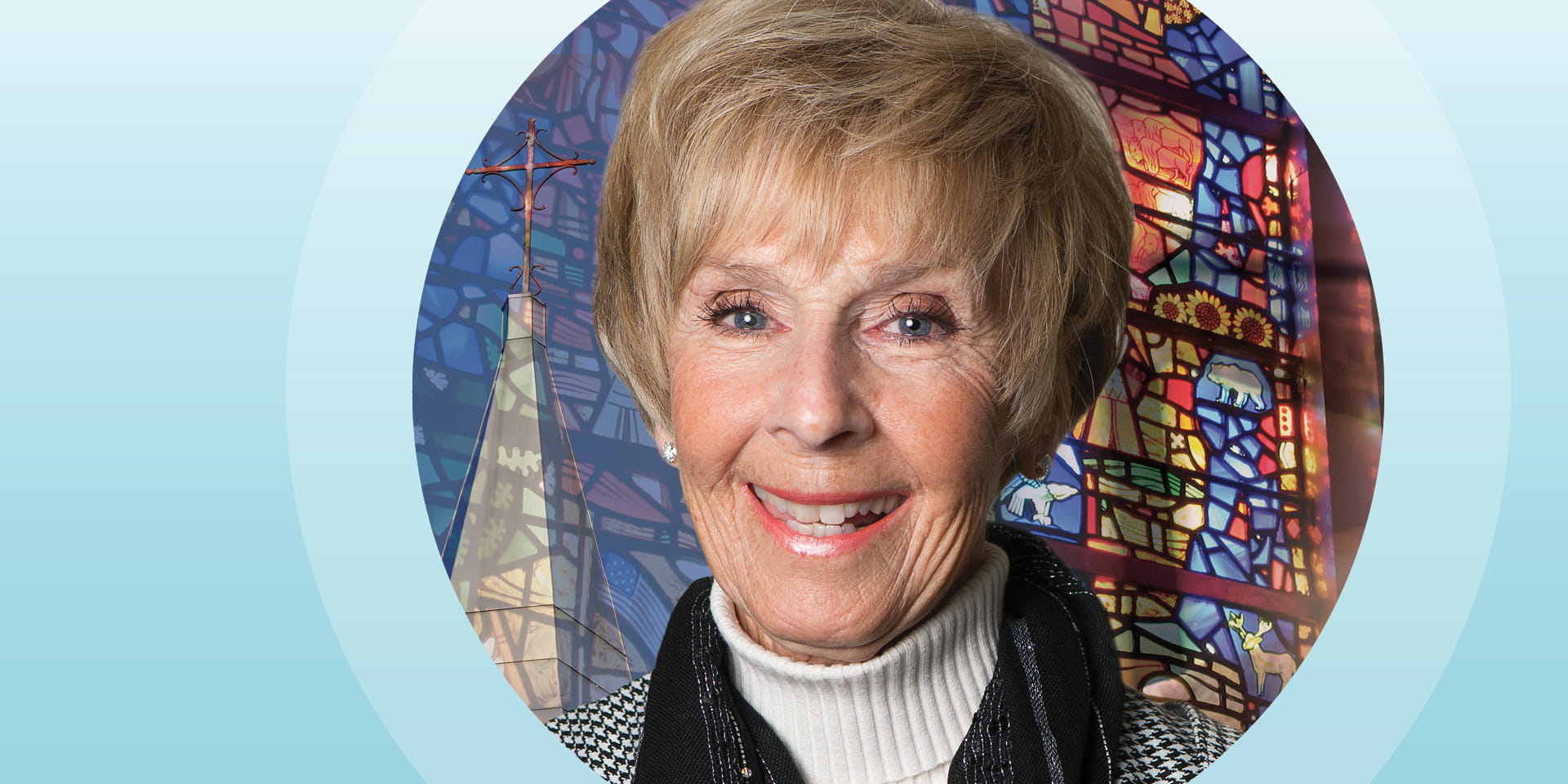 Mary and Gerald "Jerry" Santucci's enduring love filled their 57-year marriage with joy. And, when they faced Jerry's end-of-life journey together, their Doylestown Health caregivers were with them every step of the way.

Jerry thrived on family, work and helping others. Along with his brother, Jerry founded and was co-president of his specialty food brokerage business, Santucci Associates. He loved the business, and it was his passion. He also enjoyed motorcycles, traveling and spending time with his grandchildren. Life was good, but Jerry experienced health problems including diabetes, strokes, heart attacks and an aortic aneurysm. He had open heart surgery and numerous cardiac catheterizations. "We called Doylestown Hospital our second home, because Jerry was in and out, and I was, too," says Mary.

In 2010, a routine MRI to monitor Jerry's aneurysm detected cancer in his liver. "We were devastated," recalls Mary. Interventional cardiologist Steven Guidera, MD, sat with Jerry to help him absorb the news. Internal medicine physician Bohdan Martynec, MD, offered some hope and referred him to a surgical oncologist who specializes in liver cancer at the Hospital of the University of Pennsylvania. Surgical removal of half of Jerry's liver gave him more time, but soon his cancer returned.

Because of the care and compassion received over the years from everyone at Doylestown Health, Jerry wanted to give something back. Through the Santucci's generosity, the chapel at Doylestown Hospital was renamed the Mary and Gerald Santucci Chapel in 2014. The chapel offers a peaceful place of reflection for Doylestown Hospital patients, families, Associates and the community.

As time passed, radiation therapy and embolization treatments kept Jerry's cancer at bay, but took a toll on his liver. As his health was failing, Mary took care of him at home with support and reassurance from Doylestown Hospital’s Home Health nurses.

During this entire time, Jerry's Doylestown Health physicians remained highly engaged, but it was their personal connection that inspired Mary and Jerry the most. Dr. Martynec and cardiologist Richard Mascolo, MD, took the time to really get to know Jerry, and during doctor visits, they not only discussed his condition, but talked about family and travel. "They were not only our doctors, but they became like friends," recounts Mary.

Concerned about Mary, Jerry inquired about Doylestown's hospice facilities, seeking advice from Jim Brexler, President and CEO of Doylestown Health. The Santuccis chose The Willows at Pine Run, a specialized care wing within Doylestown Health's skilled nursing facility, for Jerry's end-of-life care. Here, care from Doylestown Health Hospice can be received in a coordinated manner with the facility. "It was wonderful!" says Mary. "I could be with Jerry 24/7. Dr. Martynec visited often. His Hospice nurse was compassionate and calmly answered our questions, and his certified nursing assistant worked a double shift so she could be there for us at the end."

"These phenomenal caregivers took time to understand our family," says Mary. "Jerry's doctors even called me after he passed away to make sure I was okay." Though she misses Jerry dearly, Mary says she is okay, thanks to support from her daughters, their families and good friends who keep her busy.

About Coordinated Healthcare at Doylestown Health

As the philanthropic arm of Doylestown Health, Doylestown Health Foundation raises funds to safeguard the future of excellence in patient care and to improve the quality of life for all members of the community. Philanthropic support of an ambitious comprehensive campaign, ONE VISION: The Campaign for Doylestown Health, is transforming the delivery of superior healthcare in our community, both in new and expanded facilities, and through advancements in cutting-edge programs and state-of-the-art technologies. Contributions also support bold investments in innovative treatments, process improvements, and community resources to enhance the patient experience well into Doylestown Health's second century of healthcare excellence.

Doylestown Health celebrates a campaign milestone with the ribbon-cutting and dedication of the Clark Center for Critical Care Medicine, which opened April 19.
Read More

Doylestown Health celebrated a campaign milestone with the ribbon-cutting and dedication of the Clark Outpatient Rehabilitation Center, which opened in December
Read More

Doylestown Hospital's newest state-of-the-art MRI is one of only 10 installed in North America to date.
Read More