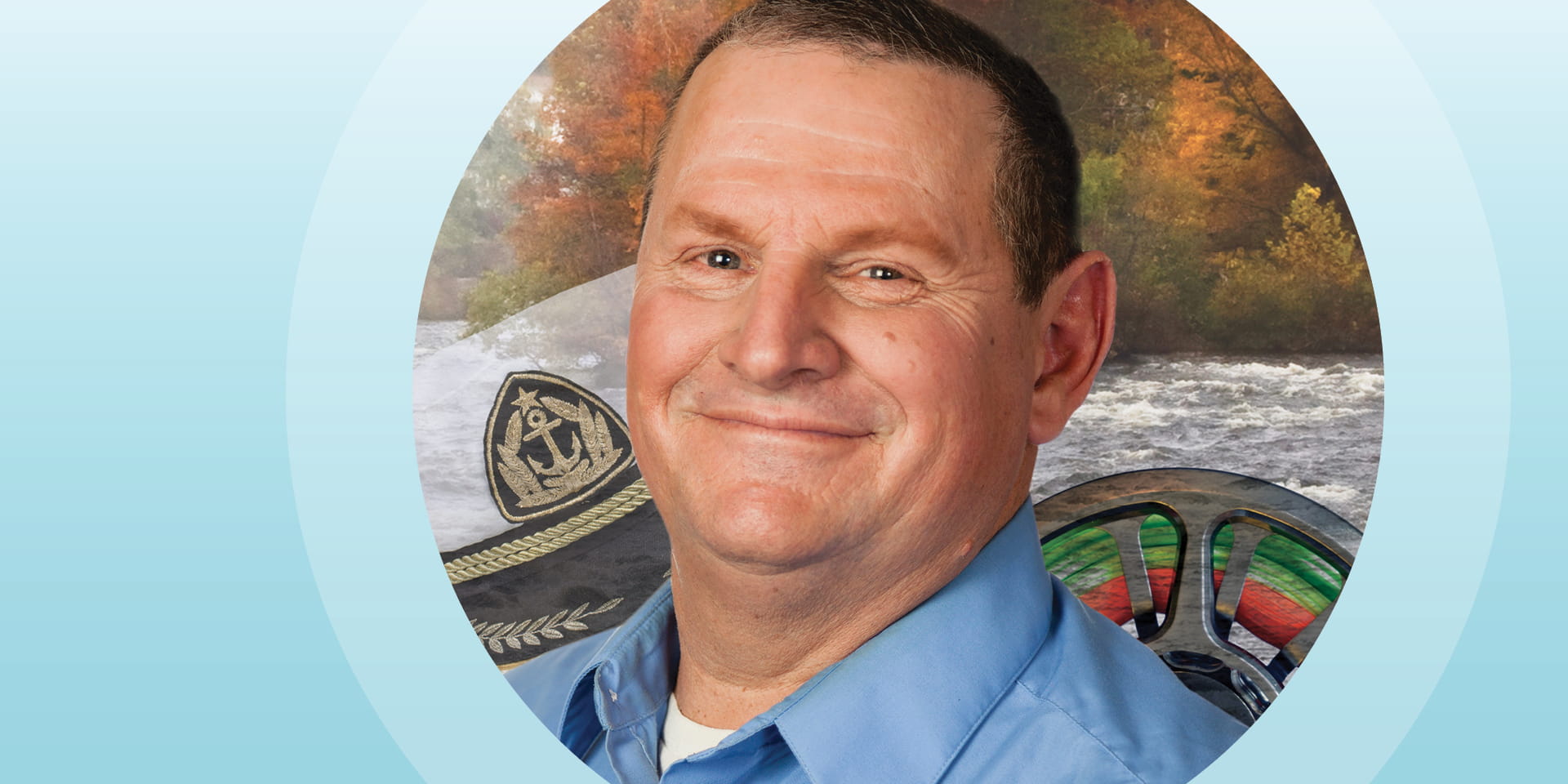 Harry Delanoy, 57, lives life to the fullest, enjoying dual careers that reflect his passions. "I love being outside and on the water, and I love being with people," says Harry, who found the perfect combination of land and sea by opening his own landscaping business and earning a captain's license.

"Some days, I complete my landscaping jobs in the morning, then go to Philadelphia to drive the ferry," he says. And when he's not doing either of those activities, you'll find him piloting cruises around the Philadelphia harbor or taking people fishing on the Salmon River in Pulaski, New York.

But while Harry found a way to combine both of his passions, extreme back pain and a limp were making them less and less enjoyable. And by March 2016, he could barely move. An MRI revealed that Harry had two herniated discs. He was prescribed anti-inflammatory medication and started physical therapy at Doylestown Hospital. It was during one of these therapy sessions that physical therapist Mona Dunlap observed the way he was walking and suspected that his pain problem went beyond his back, so she shared her concerns with orthopedic surgeon Thomas Vikoren, MD, and he ordered a hip X-ray.

When the results came in, Dr. Vikoren realized that Harry had dysplasia, a congenital hip condition, and needed a total hip replacement. But this was the middle of landscaping season, and Harry wanted to get back to work as soon as possible.

Understanding the situation, the Orthopedic Institute team prescribed pre-surgery rehabilitation to strengthen Harry's muscles and joints ahead of the operation. He had surgery and went home the very next day.

"I trusted Dr. Vikoren 100 percent, and orthopedic navigator Pam DiPietro was my go-to person. Everyone was helpful and accessible," says Harry. "Mona and the physical therapy team not only helped identify my dysplasia, but were positive and supported me in achieving my goals."

Harry also participated in pre-op education classes. "Within three weeks, I returned to light duty work, supervising landscaping jobs, and quickly got back to my old routine." Harry adds, "But without the pain." And about a month after surgery, Harry was back on deck.

"Being close to home made it convenient to coordinate my workday and still get to doctor's appointments, physical therapy and tests," says Harry, who was so happy with his results.

Doylestown Health is a comprehensive healthcare system of inpatient, outpatient and wellness education services connected to meet the health needs of all members of the local and regional community. Doylestown Hospital, the flagship to Doylestown Health has 271 beds and a Medical Staff of more than 435 physicians in over 50 specialties. An independent nonprofit health system, Doylestown Health is dedicated to providing innovative, patient-centered care for all ages.

About one in four Americans has arthritis. If you're one of them, you know how painful and restricting it can be. While joint replacement can be a effective solution, there's much that can be done before you get to that point.
Read More

Having to go through cancer treatment or major surgery can be overwhelming. Doylestown Health patient navigators are a reliable resource to help.
Read More

We rely on our hands to interact with the world, but if overuse, injury or illness limits what we can do with them, a certified hand therapist can help.
Read More

Patients with Parkinson's Disease Get LOUD and BIG

Patients with Parkinson's disease learn rehab therapies to help them speak and move with improved function and quality of life.
Read More