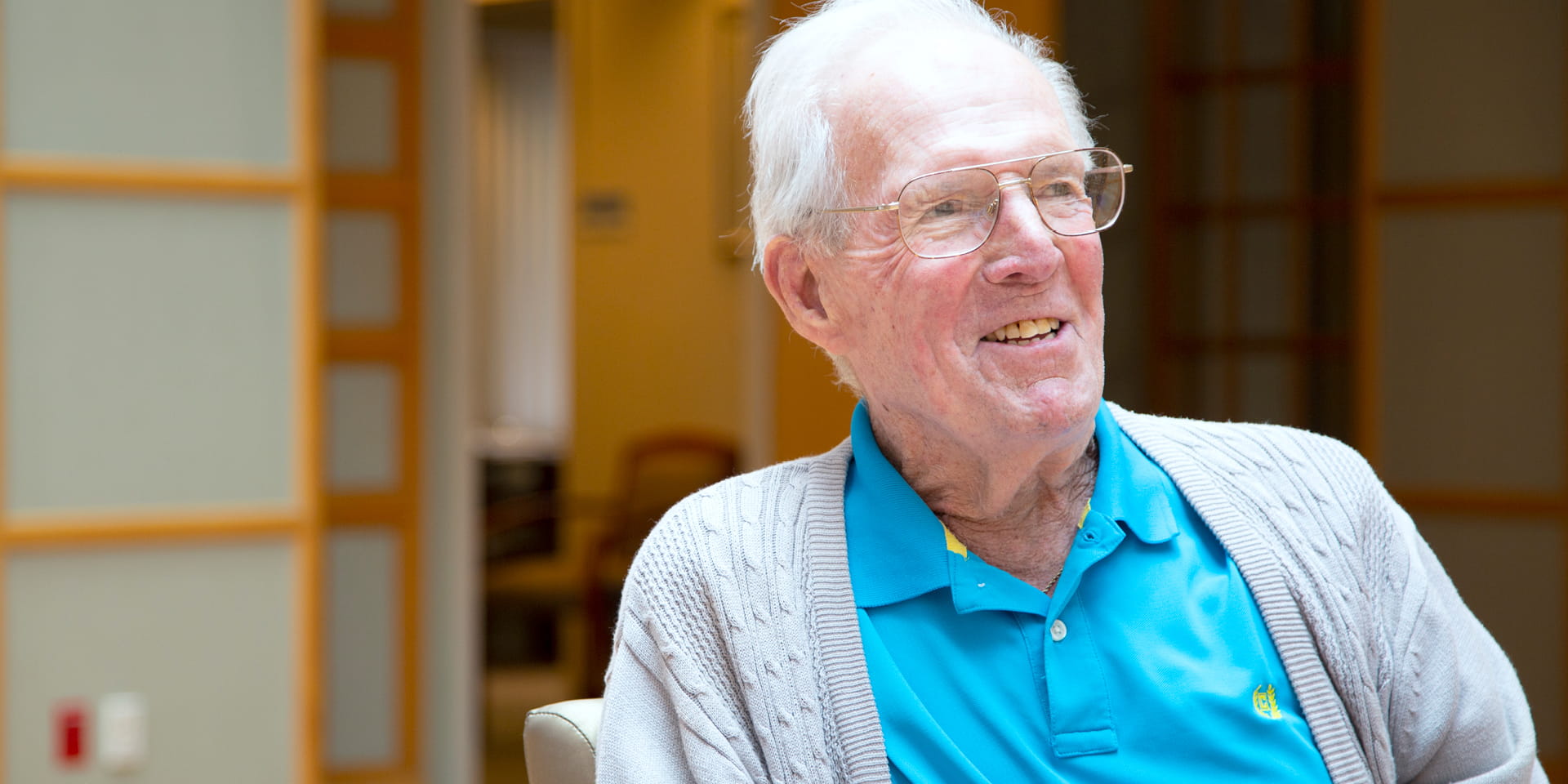 Vincent Donovan, 84, has survived two wars, three heart attacks and a quadruple bypass. He served in Korea and Vietnam and has battled cardiovascular disease for years.

A regular at the gym and on the golf course, Vincent lives in Blue Bell, Pennsylvania. He has an active lifestyle and chooses Doylestown Heath for heart and vascular care. Vincent's cardiologists, Lawrence T. Bish, MD, and James Kmetzo, MD, told him that blockages in his carotid arteries were severely limiting the flow of oxygen-rich blood to his brain, increasing his risk for stroke.

"Though I had no symptoms, I had a 90 percent blockage in one carotid artery and a 70 percent blockage in the other," says Vincent, "Dr. Kmetzo told me it was time to take action. He referred me to Atul Rao, MD, a fellowship-trained vascular surgeon at Doylestown Health."

"Dr. Rao thoroughly explained my various options. When I was unsure about the best option, he took his time and even called my daughter at my request," says Vincent, "One of my three daughters has a doctorate in nursing. After speaking with Dr. Rao, I called to let her know that he would be contacting her – she said she had to call me back because she was already on the phone with him!"

After a few discussions about Vincent's care, both his daughter and Dr. Rao agreed that the new TCAR procedure was the best treatment option for him.

Carotid artery stenosis is a narrowing or blockage caused by a fatty plaque buildup (atherosclerosis) on the inner artery walls.

"Carotid artery revascularization (restoration of blood flow through narrowed or blocked carotid arteries) has traditionally been accomplished via a surgical technique known as anendarterectomy. More recently, advances have allowed for carotid stent placement as an alternative in select patients, many of whom are considered high risk for surgery," explains Dr. Rao. "Typically, this minimally-invasive carotid stent placement to open the narrowed artery is done through the groin; wires and catheters (thin, flexible tubes) have to be threaded through the femoral artery all the way to the neck, which can be challenging. Plaque can potentially be loosened, causing problems, including strokes."

"Minimally-invasive transcarotid artery revascularization (TCAR) allows us to open a blocked carotid artery through a small incision at the base of the neck," says Dr. Rao. Using the advanced ENROUTE® Transcarotid Stent System, surgeons no longer need to thread a wire all the way from the groin.

"Vincent's anatomy and medical conditions made carotid surgery more challenging and risky, so TCAR was a good option for him," says Dr. Rao. "This new technology is another tool to help treat carotid artery disease."

Rather than flowing to the brain as it normally would, the neuroprotection system used during TCAR redirects blood flow from the carotid artery, through a tube and outside of the body where it passes through a filter to remove debris before it is returned to the body via the femoral vein in the groin.

"Once reverse blood flow is achieved, we can open a blocked artery by inflating a tiny balloon or placing a wire mesh stent to prop the artery open. Any debris that may break off during the procedure can be trapped in the filter instead of traveling toward the brain and potentially resulting in a stroke. Previous neuroprotection devices used for transfemoral artery stenting consisted mainly of fine mesh basket-like filters to trap any debris; however the reversal of flow is an exciting and potentially safer alternative way of protecting the brain from hazardous particulate matter blocking up small blood vessels," says Dr. Rao.

The flow reversal system has not yet been compared head-to-head with open carotid surgery or carotid stenting from the groin, notes Dr. Rao. An initial Food and Drug Administration (FDA) trial showed a very low stroke rate with TCAR, as low as or even lower than was seen in previous clinical trials of carotid surgery and carotid stenting, he notes.

Back to an Active Lifestyle

Less than a week after his surgery, Vincent was busy shopping. He is currently participating in rehabilitation to improve his strength, and making plans to return to the golf course and gym.

"I received outstanding care at Doylestown Health," says Vincent, "The procedure was painless and the recovery was easy. Dr. Rao came by before and after my procedure and again the next day. The techs, nurses and doctors – everyone was excellent. I couldn't be happier!"