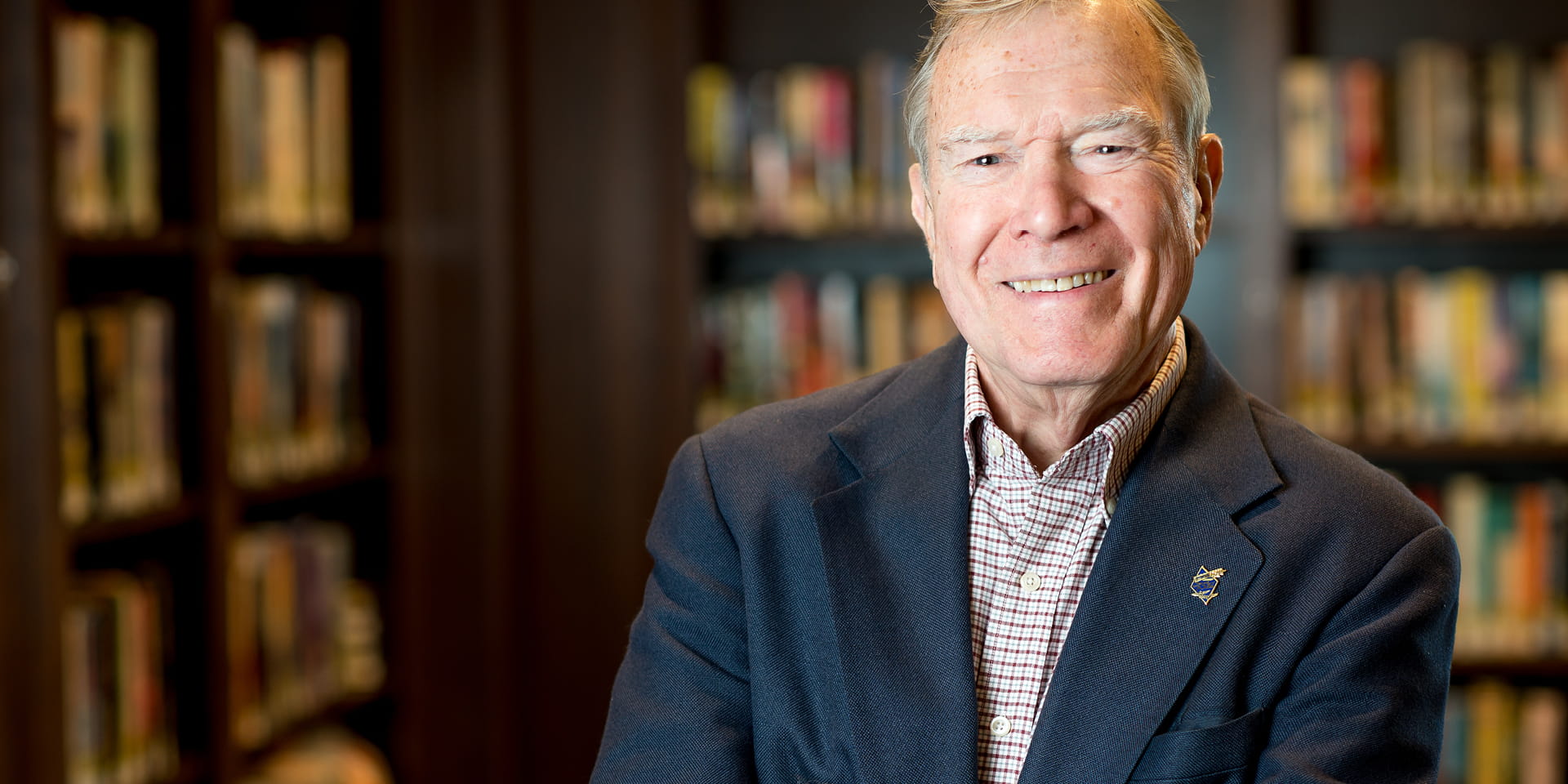 Ephe Olliver, 84, a Navy veteran and retired commercial pilot from Doylestown, was experiencing leg pain with exercise caused by poor circulation to the muscles and tissues of his legs, a condition known as claudication.

"I've been exercising more than the average bear for the last 21 years because I had open heart bypass surgery," says Ephe. "But, due to PAD, I began to feel pain in my legs while working out and even when I was simply walking outdoors."

Claudication is usually a symptom of a larger issue, peripheral artery disease (PAD). PAD is a common circulatory problem in which narrowed arteries reduce blood flow to the limbs. This reduction in blood flow commonly causes pain in the legs.

With PAD, Ephe felt fine at rest, but blockages in both femoral arteries resulted in insufficient blood flow to his legs when he was active, causing pain.

PAD is typically caused by atherosclerosis, a buildup of plaque that narrows and blocks the arteries that carry oxygen-rich blood to the limbs, according to Doylestown Health vascular surgeon Atul Rao, MD.

"Claudication is not a limb-threatening condition, so we often try a conservative route through exercise such as walking, which can help patients develop vascular detour pathways around blockages," says Dr. Rao.

"After trying exercise, Ephe came back in," says Dr. Rao. "It became clear that he was experiencing more pain than he originally let on, so we moved forward with a procedure to clear his femoral arteries."

"You can't just chip away at the plaque, because that would leave a jagged edge which could lead to clotting," says Dr. Rao. He used a pencil-like instrument with a small spoon at the end, called a freer, to remove the entire inner wall of the narrowed section of Ephe's femoral artery, taking the mass of plaque with it and leaving behind a glistening clean surface. Three months later, he repeated the procedure on the right side.

"My legs will never be perfect, but I found relief after the procedure. I'm able to tolerate activity and exercise, and Dr. Rao says we can consider a stent in the future, if necessary," says Ephe.

Keeping an Eye on Patients

"We follow patients like Ephe closely with ultrasounds after their procedures, and care for them long-term to support and monitor ongoing vascular health," says Dr. Rao.

This careful monitoring led to Dr. Rao identifying a high-grade narrowing of Ephe's left carotid artery about a year after his femoral arteries were cleared. The blocked carotid artery put Ephe at an increased risk for stroke.

"Dr. Rao performed another endarterectomy to open my carotid artery, and I'm very grateful," says Ephe. "I feel secure with the personalized attention I receive from Dr. Rao and all of my Doylestown Health caregivers," says Ephe, who supports innovation, education and excellence in heart and vascular care in his community as a volunteer member of Doylestown Health's Friends of the Heart Steering Committee.

The most effective non-invasive therapy for improving PAD symptoms is exercise with lifestyle changes. Doylestown Health offers a Guided Exercise Therapy Program for PAD to help patients improve fitness and manage symptoms. Patients must visit a doctor before starting the program. Your doctor will review your condition and risk factors to create a personalized plan for you. Schedule an appointment for the PAD Exercise Therapy Program by calling 215.345.2390.