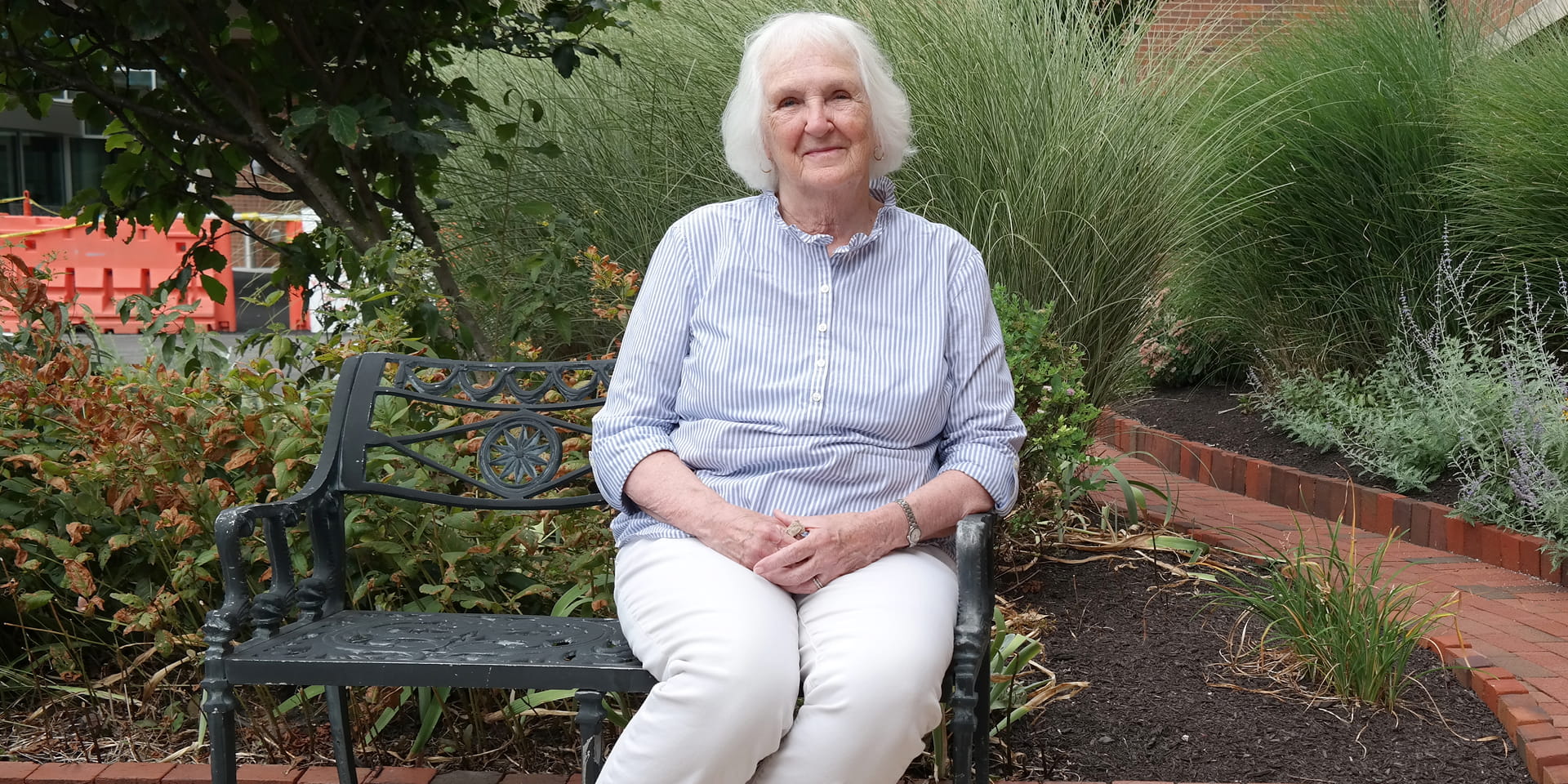 For years Carol Duffy, 81, of Doylestown, suspected something was wrong with her right breast. An unusual ripple (two narrow, elongated bumps next to each other about 1.5 inches long) had formed on the surface. It remained unchanged but then in the beginning of March 2021, it started to throb. A few weeks later, that area started to itch.

At that point, she went to see her primary care provider who examined it and became concerned having never seen a breast issue like that. So as a next step, she ordered Carol a diagnostic mammogram and an ultrasound.

Carol had both tests at the Doylestown Health Women’s Diagnostic Center at the hospital. The initial results indicated a biopsy of the area was necessary. When she went in for the biopsy on March 15, she met with Kathy Nellett, RN, OCN, CBCN, her nurse navigator. (A navigator is usually a nurse or a social worker who closely follows the patient through their treatment at the hospital.)

Kathy stayed with Carol during the biopsy. “She literally held my hand and explained she was going to be with me throughout the whole process,” says Carol, adding that she didn’t expect that to happen.

Two days later on St. Patrick’s Day, radiologist and director of the Women’s Diagnostic Center, Michele Kopach, MD, told Carol she had malignant breast cancer and would need a lumpectomy.

“I said, ‘You’re kidding,’” Carol explains, as she really couldn’t believe it. “I was thinking, ‘Holy Moly!’”

Then quickly, her next response was the typical Carol Duffy no-nonsense way of handling bad news and she said, “Overnight or same-day surgery?”

Dr. Kopach said it would be outpatient surgery. A month later, Carol was at Doylestown Hospital for the operation. Again, Kathy was there to support her.

“I was acting bravely but I was scared. Kathy really was with me the whole time at the hospital,” Carol said. “She was wonderful.”

After the surgery, Kathy was in regular contact with Carol. When Carol wanted to check on a few things like the way the incision was healing, Kathy was available to answer her questions — even through text. Kathy also knew where to point her for just about anything — like more comfortable, post-surgery bras, adds Carol.

When she couldn’t answer a question herself, Kathy directed Carol to others who could, like her breast surgeon, Donna Angotti, MD, director of Doylestown Hospital’s Oncology Service Line.

Following the surgery recovery, Carol underwent radiation every weekday for four straight weeks and now she takes a hormone replacement pill that she’ll likely take for the next five years. She says she feels great.

“Carol met this challenge head on and didn’t miss a beat,” says Kathy. “She is such an incredibly positive person.”

She is known that way at the hospital, too, where she volunteers regularly. Carol is actually a bit of a local legend. In fact, she has logged more than 20,000 hours in her 12-year career at Doylestown Hospital meeting, greeting and directing patients where they need to go. Carol also knits baby blankets for the hospital and leads the knitting groups. The local Rotary Club even honored her in 2020 for her dedicated service.

“Her optimistic attitude was always evident every time I met with her or spoke with her,” Kathy explains. “She certainly is an inspiration to anyone she meets!”

Despite her sunny disposition, Carol credits Kathy with getting her through some of the most stressful days of her life. “Worrying is not good for you. So if you can get an answer to your questions, it alleviates the worry,” says Carol. “With Kathy, I knew I had someone I could call and she would always send me in the right direction.”

Doylestown Health offers a wide array of programs and services to meet the needs of women at every stage of life. The Women's Diagnostic Center is designated a Breast Imaging Center of Excellence by the American College of Radiology, and offers all-digital mammography in two locations (Doylestown Hospital and the Health & Wellness Center in Warrington). Bone density (DXA) scans are also available at both locations. Women's Services also include a full range of maternity services, minimally-invasive gynecologic surgery, gender-specific knee replacements, nutrition and weight management classes, support groups and more.